April 7, 2011 / 04:35 hours
A tactical box was struck for a dwelling fire in the 100 block of Paige Trail.
Homeowner advised county radio they had a fire in the kitchen. Hilltown police arrived and used a fire extinguisher to knock the fire down. Chief 59 confirmed the fire was out. The assignment was held to E59-1 and qunit 61. Crews removed a double wall oven from the cabinetry to check for extension. A pressurized water extinguisher and thermal imaging camera were used to finish the job. Prior to going to bed the homeowner turned the oven on self-clean. The oven malfunctioned, causing a fire in the walls surrounding the oven.
A smoke detector had alerted the residents of the fire. The kitchen sustained minor damage. 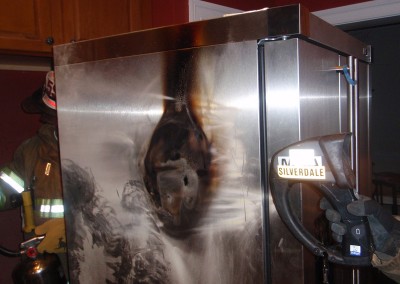 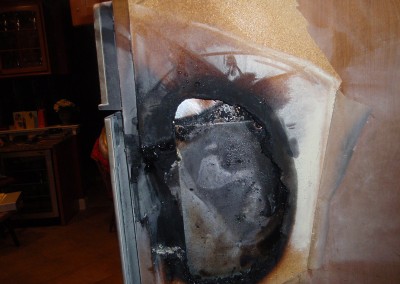 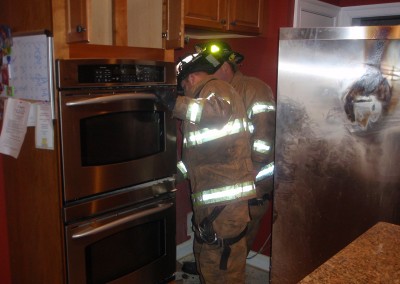 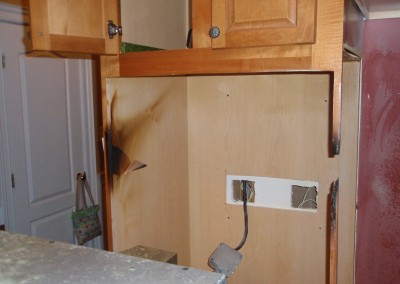 April 1, 2011 / 04:22 hours
Tactical box 59-9 was transmitted for a garage fire in the 300 block of South Perkasie Road.
The tactical box brought Station 59, Tower 26, Tanker 27, and Mont. County SS-75. Chief 59 was advised by county radio that Hilltown Police were on location with fire through from the roof of a detached garage. Chief 59 requested Rescue 60 be added for a RIT team. On arrival, Chief 59 found a 30′ X 40′ garage with fire from the roof area on the “B” side of the building. The homeowner was attempting to remove animals from the garage. All animals were removed safely with the assistance of the police and firefighters. The engine company was met with a lightweight bridge on the property. A hand line was stretched over 400′ from the engine to the fire building. Engine 27-1 and E-26 were added for manpower. E-27-1 laid a supply line from the hydrant at Telegraph Rd and South Perkasie Road to E-59-1. Crews made a quick knockdown of the fire. A county fire marshall was requested to the scene.
Crews completed salvage and overhaul operations. All companies left the scene at 06:55 hours. 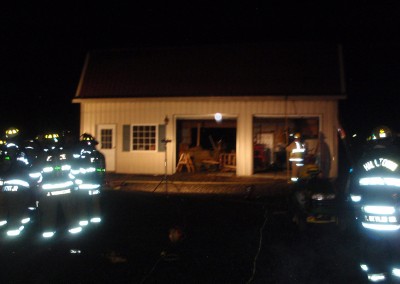 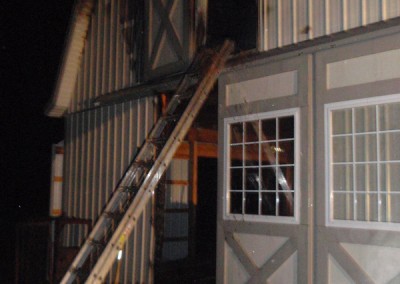 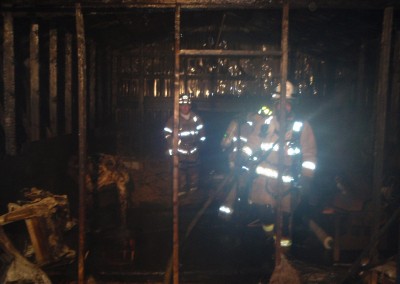 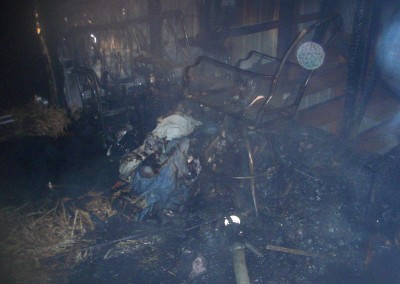 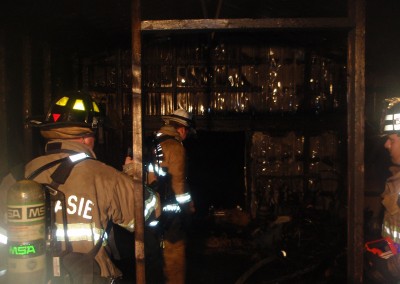 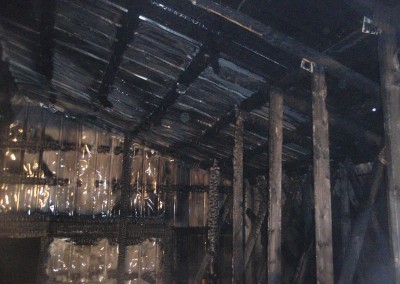 March 20, 2011 / 21:35 hours
Station 59 and Tower 27 were transmitted for a chimney fire at a home in the 900 block of Rt. 113.
Chief 59 arrived and confirmed a working fire in the flue. E59-1’s crew went interior to empty the firebox and begin ventilation. The tower’s crew went to the roof to drop the chains down the flue. Rescue 59 assisted the engine crew.
The fire was placed under control. All companies returned at 22:40 hours. 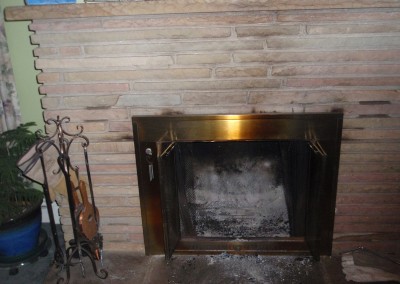 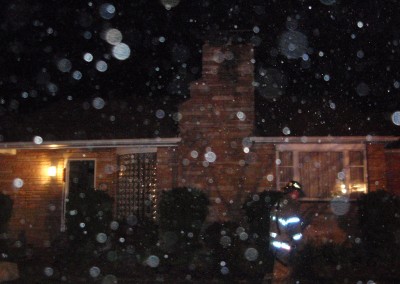 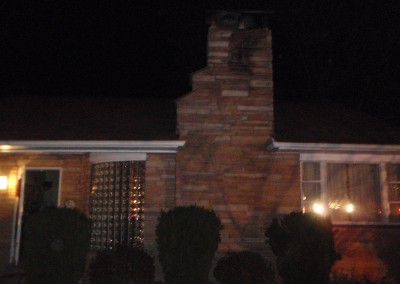 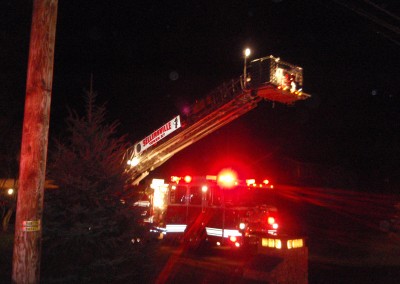